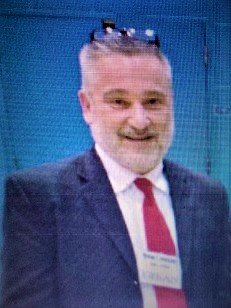 Robert J. Cuda of New Canaan, passed away surrounded by his family on December 13th, 2019 at the age of 60. He was born on March 16th, 1959 in Bridgeport, CT to Robert A. Cuda and RoseMarie Connolly. Robert was the husband to Kimberly A. Cuda of New Canaan.

He was a beloved husband, father, son, uncle, and friend. Robert was well known in the New Canaan community. Before moving to New Canaan, he was raised in Bridgeport and then later Trumbull. He briefly attended Bullard-Havens Technical School before transferring to Trumbull High School from which he gradated in 1977. Towards the end of his high school career, he attended Sherwood School of Beauty in Bridgeport.

In 1978, at the age of 19, Robert opened his first salon, Aesthetica, in New Canaan. Later, as his business grew, he opened Robert Cuda Spa & Fitness.

One of his passions since the age of 9 was Karate. He was respected in the Karate community. He became a Sensei with a third degree black belt. In 1995, Sensei Cuda opened his own Karate Dojo located at 25 Burtis Avenue in New Canaan. He loved having his children and wife involved in the art with him. He has won many tournaments. On January 29th 2017, Robert won a lifetime achievement award during Action Martial Arts Magazine’s Hall of Honors event.

Robert was a hardworking entrepreneur, always looking to start a new business adventure. Therefore he became a commercial developer.

His father, Robert A. Cuda, precedes him in death.