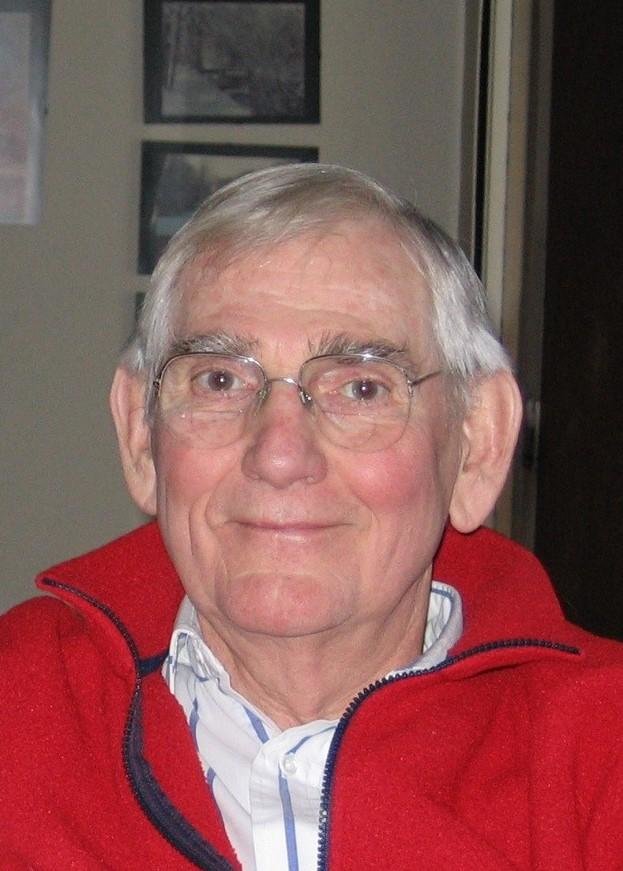 Born October 15, 1931 in New York City, and raised in New Canaan/Wilton, CT, he was the son of the late Paul and Harriet Borglum. David was one of two children. He graduated from Cornell University, Ithaca, NY, in 1954 with a degree in Civil Engineering. David served in the United States Army reaching the rank of 2nd Lieutenant, and was a member of The National Association of Atomic & Nuclear Veterans.

David started his career in New York City working for George A. Fuller Company where he met his life-long love Cecilia. They married in 1960 and shared a spectacular 3-month honeymoon traveling around Europe before settling in the Silvermine Community of Wilton. Together, they enjoyed 55 years of marriage, while raising 6 children. David went to work for his father at his residential construction company, Borglum & Meek, and eventually took over the family business.

David adored his family and kept himself busy with numerous sports activities for both himself and his kids, as well as outings and great camping vacations. His passions were golfing at his beloved Silvermine Golf Club; skiing in Vermont, Colorado, Utah and Wyoming; playing with the Golden Oldies men’s softball team that he founded; and especially volunteering for the various organizations to which he belonged, including: New Canaan Kiwanis Club, Silvermine Association, Carpenters Union Board, AmeriCares and the Wilton Democratic Committee.

Family and friends may greet the family from 4 to 8pm Friday, September 27th at Hoyt Funeral Home, 199 Main Street, New Canaan. A private burial is scheduled for Saturday September 28th at the Hillside Cemetery, followed by a Memorial Lunch Celebration from 1 to 4pm at Silvermine Arts Center: 1037 Silvermine Road, New Canaan, CT.

In lieu of flowers, donations in his memory may be made to a scholarship fund to be named in his honor. Checks should be made payable to:

Share Your Memory of
David
Upload Your Memory View All Memories
Be the first to upload a memory!