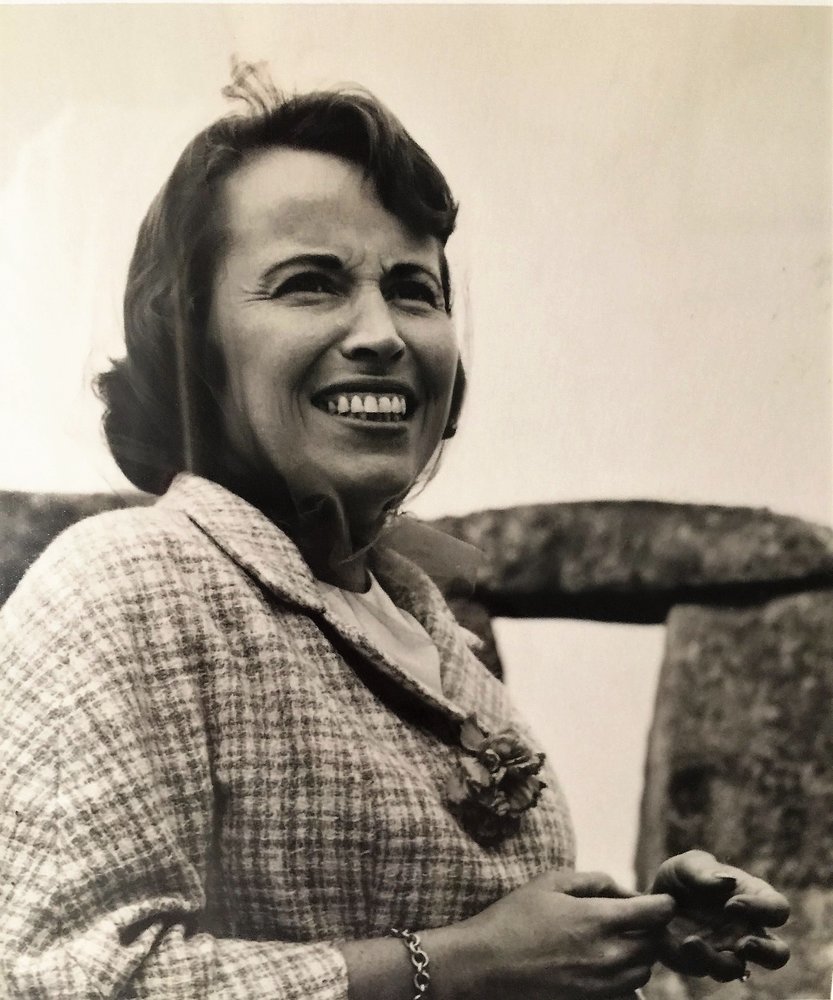 Known as "Ginny", she was the beloved daughter of Mr. and Mrs. Clarence C. Van Blarcum, formerly of Pelham Manor, New York, and Boynton Beach, Florida.

She was born on August 14, 1930, in Syracuse, New York. Her father ("Van"), a noted football star, was an Executive Vice-President with the McKesson & Robbins company, and her mother, Ellen, daughter of former Mayor of Syracuse, Walter R. Stone, was a homemaker.  The family summered at their cottage on Lake Ontario, which Ginny often spoke of fondly.

Ginny attended high school in New Rochelle, New York, and went on to attend Mount Holyoke College, where she met Arthur H. "Harry" Lamborn, a Williams College man, of Greenwich, Connecticut. They were married in 1950. Following college, they moved to Mount Vernon, New York, and her husband began his career as a broker-trader with Lamborn & Company on Wall Street. After welcoming three children into the world, the growing family moved to Darien, Connecticut, in the mid-1950s, where their fourth and last child was born.

A gifted pianist, Ginny organized the neighborhood carol sings every year, where many enthusiastic children would gather at her home to practice the carols while she played the piano. Ginny also enjoyed painting with oils, in her own Impressionistic style. She enjoyed the local life with her family in Darien, including outings to Weed Beach and Pear Tree Point, and frequent neighborhood get-togethers. The family also spent memorable summers vacationing in Maine on Penobscot Bay, as well as on Martha's Vineyard.

Ginny enjoyed traveling far and wide with her husband, where his business as a sugar and coffee trader would take them to Cuba, the Dominican Republic, Japan, and all over South America and Europe. At home, she was a superb hostess to friends and business associates alike, who visited from around the world.

In January of 1964, the family moved to New Canaan, Connecticut. Ginny became an avid bridge player. She was a member of the Presbyterian Church, and served as a Deacon. She was active in the New Canaan Women's Club, and served as President.

Establishing a part-time residence in Boca Raton, Florida, she became a world-class angler, winning several trophies, including, one year, the "High Lady Angler". Later, she continued traveling and sharing her experiences while employed as a travel agent for New Canaan Travel.

Ginny was known and remembered by many for her wonderful and unique smile, her sociability, her intelligence, her quick-wittedness, and her sense of humor. She was a trusted friend, and a loving and devoted mother.

She is predeceased by her former husband, Arthur H. Lamborn, of New Canaan, Connecticut, and by her sister Alice (Mrs. Rudolph R. Sattler), of Bethesda, Maryland.

A memorial service will be held at the Presbyterian Church of New Canaan, Connecticut, on Saturday, August 17th, at 11:30 a.m., with interment of ashes to be conducted privately beforehand.

In lieu of flowers; donations may be made to the VFW Foundation at www.vfw.org/foundation.

Share Your Memory of
Virginia
Upload Your Memory View All Memories
Be the first to upload a memory!