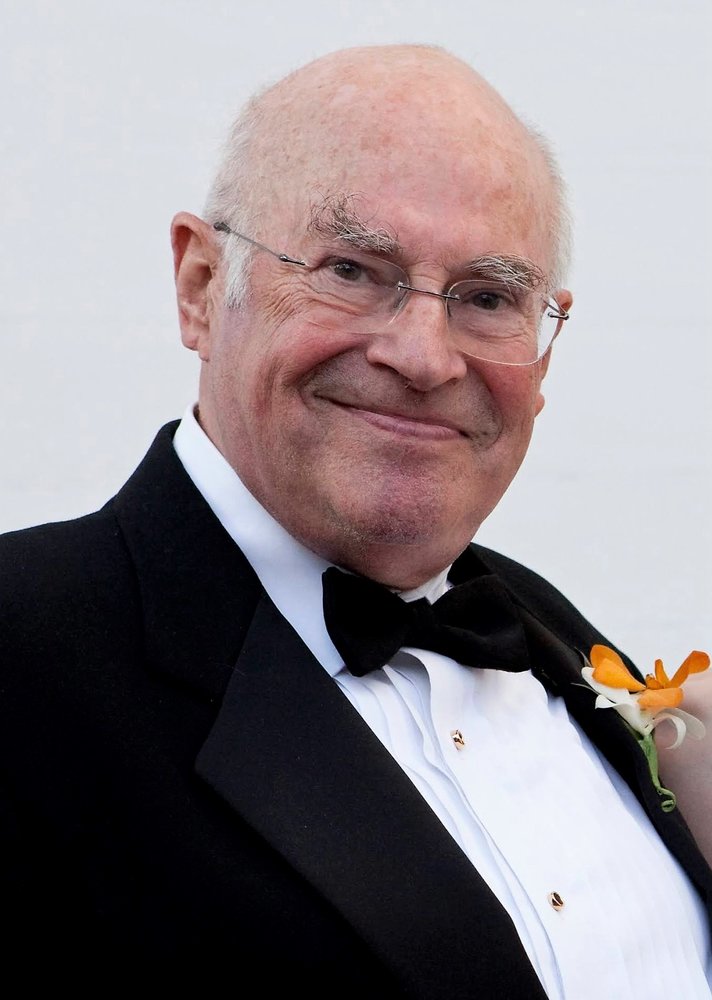 Hugo Hollinger, 81, beloved husband, father, brother, uncle, grandfather and friend, of New Canaan, CT passed away on June 26, 2019 after a long illness, at his residence, with his loving family by his side.

Hugo was born on February 26, 1938 in Milan, Italy to the late Hugo and Thea (nee Sahner) Hollinger, and was raised in Klingenmuenster, Germany.  He received his doctorate of law degree from the University of Heidelberg in 1969, where he began his lifelong involvement with the Burschenschaft Allemannia.  He received a LL.M. from Bridgeport University, now Quinnipiac School of Law in 1986.  He will be remembered for his friendliness, ready smile, generosity, and appreciation for a good beer.

He is survived by his devoted wife of 49 years, Ingrid, his sister Helga, daughters, Susanne (⚭ Patrick McNulty) and Charlotte (⚭ Sean Kelly), and grandchildren, Eamon, Emmett, Brigitte and Lorelei, his nephew and nieces, and other cherished family in Germany. His family is sincerely thankful for the dedicated care of Shirley Foster, Sharon Miller, and his other companions and longtime friends.

A Memorial Service will be held at St. Michael’s Lutheran Church on July 27th at 11am.  He will be interred at Lakeview Cemetery in a private ceremony.

In lieu of flowers, contributions in Hugo’s memory can be made to:

Share Your Memory of
Hugo
Upload Your Memory View All Memories
Be the first to upload a memory!