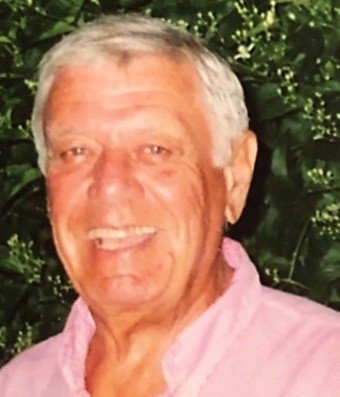 All services will be private.

Richard Lockwood Chilton Sr. of New Canaan, CT and Naples, FL, passed away on March 26th at home in New Canaan at the age of 90.  He was born in Englewood, New Jersey on January 20, 1929, and was a graduate of The Peddie School in Hightstown, NJ and Hobart College in Geneva, NY.

Richard served as a staff sergeant in the U.S. Army with the 259th Gun Battalion during the Korean War.  He enjoyed a career in advertising and marketing in New York City, with The Kudner Agency, D’Arcy MacManus & Masius, and Ted Bates Co., where he managed such accounts as Budweiser, Litton Industries, General Motors and U.S. News & World Report, receiving the Moral Tone in Advertising Award for his efforts.

Mr. Chilton was responsible for the team that introduced the all-volunteer military to the nation with the recruitment advertising for the U.S. Air Force and U.S. Navy accounts,  earning the Freedoms Foundation Award on behalf of the Air Force account.  He was an original member of a civilian group requested by the Dept. of Defense to create the National Committee for the Employer Support of the National Guard and Reserve to protect civilians’ pay and seniority in the workplace when they were off serving their country for extended deployments .

He founded the Data Equipment Sales Company providing early mechanical punch-press computer card machines for use on board ships at sea.

After retiring from the advertising agency business, he co-founded and published the Middlesex-Somerset County (NJ) News, a weekly paper with 30,000 in circulation.  He later went on to become the marketing director and president of DialAmerica Marketing, which at the time was the largest telemarketing firm in the United States.

A long time New York/San Francisco Giants baseball fan and a thirty year member of the Society for American Baseball Research (SABRE), Mr. Chilton was the published author of three books on major league baseball, “The Great American Lineup Quiz Book,” “Never Before, Never Since,” and “The Groundbreakers.”  As an avid New York Football Giants fan, he was a season ticket holder since 1934, attending more than 400 home games. He authored “Diary of a Giants Fan,” a history of the New York Football Giants, and was inducted into the New York Giants Season Ticket Holder Hall of Fame in 2013.

He is survived by a daughter, Cindy Leonard and her husband Bob of Wilton, CT, Richard L. Chilton Jr. and his wife Maureen of Darien, CT, Christopher “Chip” Chilton and his wife Susan of Lewes, DE, and Randall Chilton of Chicago, IL, as well as nine grandchildren, Richard L. Chilton III and his wife Elizabeth, Kaitlin Leonard, Sarah Chilton, Andrew Leonard, Charlotte Chilton, Rebecca Leonard, Hope Chilton, Lilly and Avery Chilton.  He was predeceased by his former wife Elizabeth Chilton, and his long-time companion Joan Mahon of Naples, FL.  The family would like to thank Carol Berger, his live-in caregiver, for her compassionate attention to Mr. Chilton, ensuring the last few years of his life were comfortable and full of laughter.  In lieu of flowers, the family requests that any donations be made to Connecticut Hospice, 100 Double Beach Road, Branford, CT 06405 and The Peddie School, 201 South Main Street, Hightstown, NJ 08520. Services will be private, with a Celebration-of-Life to follow.

Share Your Memory of
Richard
Upload Your Memory View All Memories
Be the first to upload a memory!