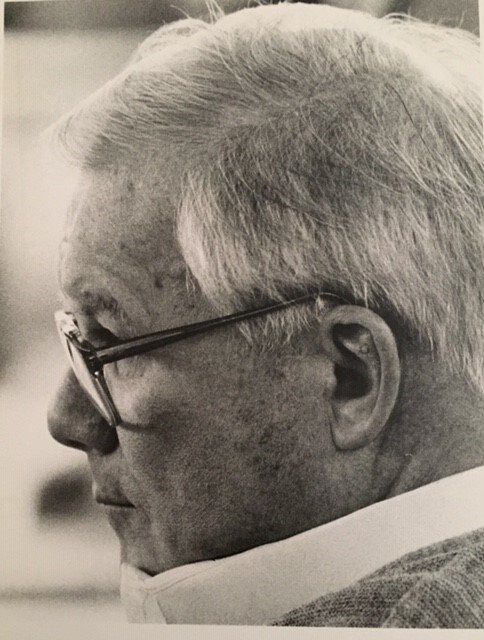 Leo Coleman Clancy passed away on February 18, 2019 in Palm City, Florida at the age of 86 years old.  He was born in Boston, the fourth of five children.  His parents were Joseph J. and Theresa V. Clancy of Arlington, Massachusetts.  He attended local schools, graduating from Arlington High School.  Following his graduation from Dartmouth College in 1953, he served three years in the U.S. Army Security Agency, primarily in Asia, assigned to duty stations in Japan, Korea, the Philippines and Okinawa.

Returning to the U.S. in 1956, he began his professional career in Human Resource Management.  He spent the next seven years working for several industrial corporations.  In 1963, he joined the staff of Booz, Allen and Hamilton in New York City.  During his 32-year career with Booz, Allen and Hamilton he was based in New York, Chicago, Paris and London.  He was promoted to Partner in 1968 and Senior Partner in 1973.  During his last decade with the firm, he was its Worldwide Chief Human Resource Partner.

Retiring in 1995, Leo and his wife Dolores moved to Harbour Ridge in Palm City, Florida where he served on the Community’s Board of Directors for three years.  In 1998, he began a second career in public service, joining the United Way of Martin County as a Board Member.  He was also a Board Member of the United Way Foundation from 2006 to 2012, serving as its President for the last three years.

He joined the Library Foundation of Martin County in 1999, serving as its President during 2010-2012.  In 2017, he received the Knight Kiplinger Literacy Award for his contributions to the Library’s successful Adult Literacy Program.

He served for 25 years as Board Member of the United Negro College Fund, receiving the prestigious Frederick Patterson Award for Distinguished Service when he retired from the Board in 1996.

Leo is survived by his wife, Dolores, three daughters, Gayle Macklin (Duane) of Oro Valley, AZ, Christeen Triplett (Wayne) of Hickory, NC, and Alison Dodson of Houston, Texas., as well as two step-daughters, Denise Davis of Charlotte, NC and Cindy Cosgrove (Thomas) of Palm City, Florida.  He also leaves 14 grandchildren, three great grandchildren and a sister, Martha Sheehan, of Plymouth, Mass.  He was pre-deceased by his first wife, Margaret Louise Clancy in 1992, his step-daughter Patricia Strout in 2007, and his eldest daughter Cathleen Clancy in 2018.

There will be visitation Saturday, February 23rd from 9:00 a.m. to 11:00 a.m. at Hoyt Funeral Home, 199 Main Street, New Canaan, CT followed by a short service and interment at Lakeview Cemetery in New Canaan.  In lieu of flowers, donations may be made in Leo’s honor to the United Way of Martin County or the Martin County Library Foundation.

Share Your Memory of
Leo
Upload Your Memory View All Memories
Be the first to upload a memory!