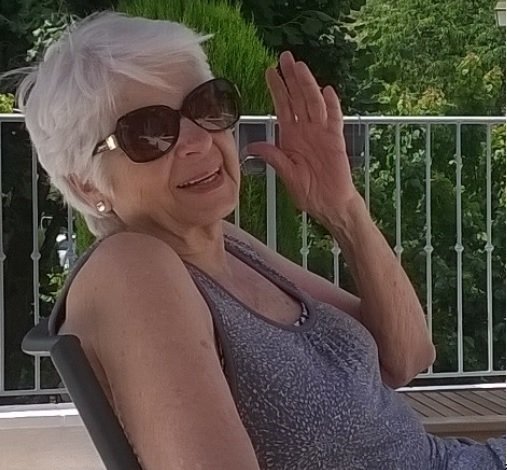 Virginia J. Cain, age 85, of Wilton, CT, formerly of Hoover, AL died peacefully on Monday November 19, 2018 with her loving family by her side. Born in Fairfield, AL, November 1, 1933, she was the daughter of the late Richard Earl and Ida Belle (Conner) James. She was preceded in death by her two brothers, Richard E. James, Jr and H. Paul James, as well as son-in-law, George Ray.

Virginia spent most of her career as a Medical Technologist and was Chief Tech at several institutions in Birmingham.  She used her technical knowledge and training as a sales representative for Pfizer Diagnostics and Instrumentation Laboratories.

VJ was an active member of the Audubon Society, Sierra Club, Fairfield High School Alumni, Friends of the Hoover Library and Jefferson County Medical Society as well as a Director of the Alabama War Dog Memorial Foundation.

VJ was loved by many in the medical community as well as those whose lives she touched.  She was an inspiration and delight with her graciousness and sense of humor. Her banana pudding was a thing of beauty and a cause for joy!  Her absence will be strongly felt by her family and her many friends who loved her.

There will be a private interment at Evergreen Cemetery in Elba, Alabama on January 19th.  A Memorial Service will be held on January 20th at 3 PM in the Oakmont Chapel Presbyterian Church, 1817 Patton Rd., Hoover, AL. 35226.  In lieu of flowers memorial contributions may be made to the Sierra Club, Audubon Society or Dementia Society of America.

Share Your Memory of
Virginia
Upload Your Memory View All Memories
Be the first to upload a memory!